How to make Peruvian ceviche step by step

The Peruvian fish ceviche is one of the most delicious meals the human being has been able to invent during its existence.

Whether fish, shellfish, shrimp , or mixed, the Peruvian ceviche has not only been present at the table as master of ceremonies for all those who want to taste the magnificent cuisine of the Latin American country, this dish has become an international delicacy.

Also known as cebiche (yes, with b), we are talking about a delight of thousands of Latin American homes (and beyond) who, before serving the main meal, prepare "a cevichito entry, to share" .

And friend, when a recipe breaks its native borders and escapes freely to other latitudes, it is because it has reached the category of "Universal food" . Welcome, ceviche. 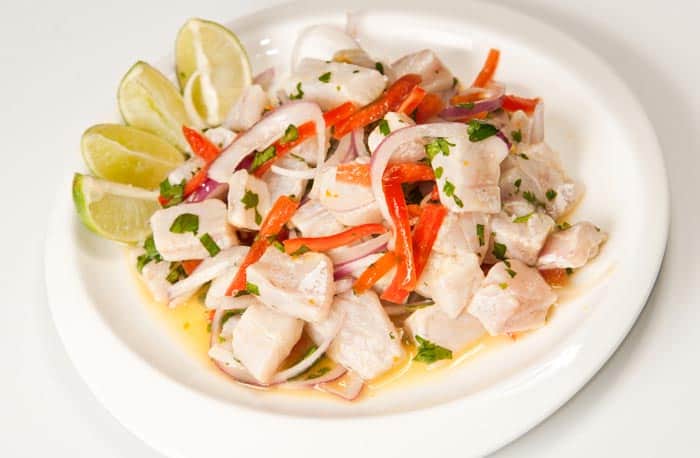 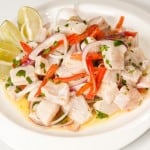 Learn how to prepare Peruvian ceviche at home.As I said before: the idea is not to cook too much.

Remember that in the bottom of the container will be the milk of tiger, not the pots, serve it in small glasses and take it, that liquid is pure gold. 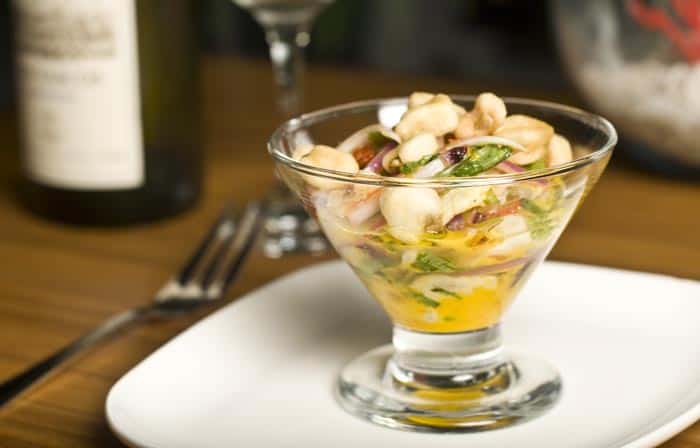 Peruvian ceviche recipe: what you need to know

Besides knowing how to prepare ceviche of Peruvian fish, you need to have the right ingredients, this is very important. Then I explain in detail everything you need to know to make a perfect ceviche.

The perfect fish to make a classic Peruvian ceviche They are the sole and the grouper. You can also use hake or curvina. The really important thing is that they are very fresh, that they do not smell anything, and that they sell it to you without spines.

Try to buy it the same day that you are going to prepare it. Do not use frozen fish.

And, pay close attention to the following: fish should not be left "macerating" or "cooking" in lemon more than 10 minutes, no matter what other websites tell you, cookbooks, tv shows, cooks, etc, THE FISH SHOULD NOT COOK IN THE LEMON , that's a very common mistake in all sides except in Peruvian homes.

The fish is marinated approximately 5 minutes in lemon and eaten, anything else they tell you about it is incorrect.

Peruvian yellow pepper is, along with fish, the star of this dish.

It is important that you remove the seeds and the white vein inside, to soften the spicy flavor.

If you do not have Peruvian hot pepper, use sweet pepper .

The contours or companions

The traditional thing is that you serve your Peruvian ceviche with cooked sweet potato and corn (tender corn). But there are variants. You can eat fish ceviche with chip potatoes or banana tostones for example. You can get creative with this.

After preparing your fish ceviche, at the bottom of the bowl where you mixed all the ingredients, it will be a whitish liquid , this "broth" is called tiger milk and is de-li-cio-so. It is nothing other than concentrated juices of everything you mixed.

Some people usually put it in small glasses on the table, next to the ceviche, to take it as if they were "shots" , which leads me to: you can mix the tiger milk with an alcoholic beverage, for example Pisco, and make the food more fun. 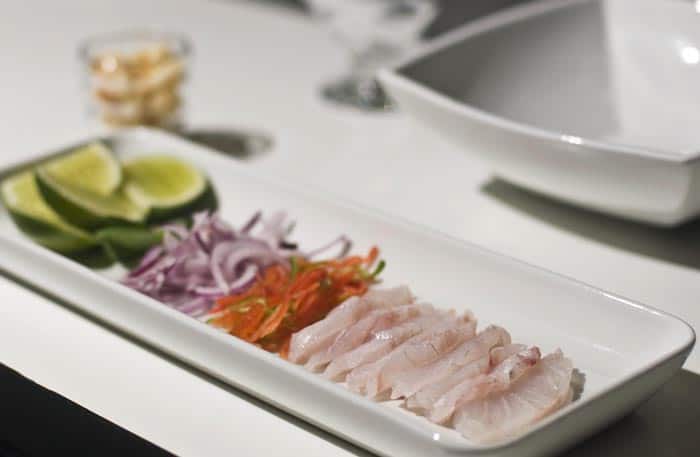 Do you want to try another way to make Peruvian ceviche? How about giving it an Asian touch?

Other Peruvian recipes that I recommend you try